Chronic Tendon Injury: The Inside Story

This page presents what we know about chronic tendon injuries on a cellular level inside your body.

Collagen is a protein that helps strengthen the structure of tissues such as bones, tendons, cartilage, ligaments, vertebral disks, skin, and blood vessels. These tissues contain different types of collagen (as well as other constituents), and their structural characteristics vary. 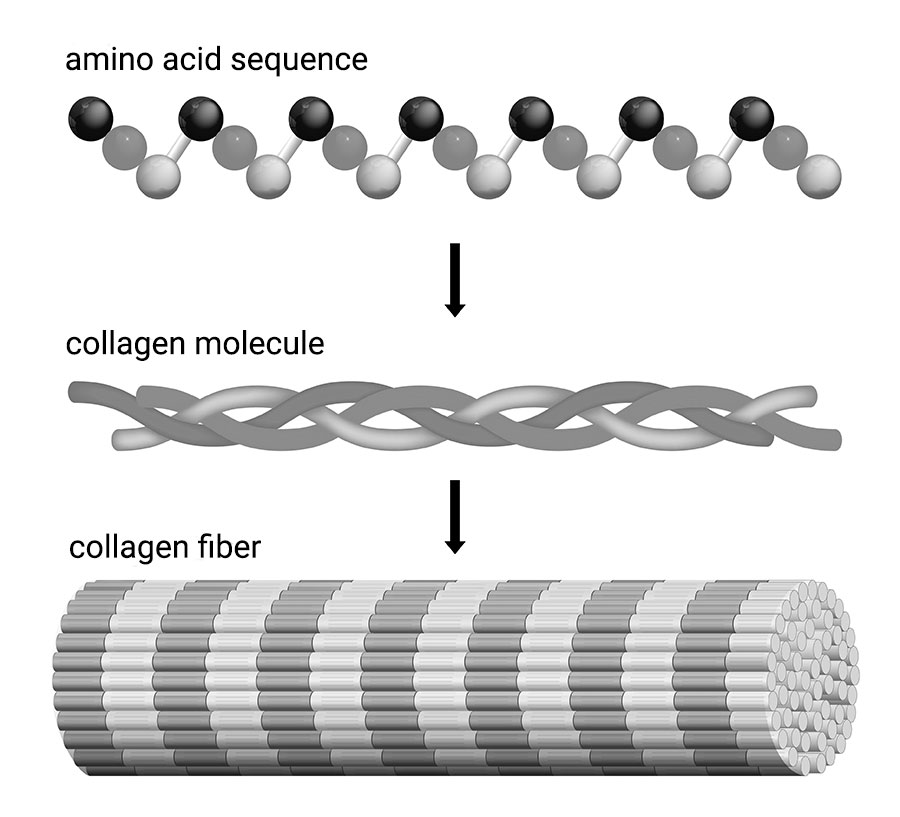 A typical collagen molecule consists of three subunits called alpha chains. For example, each molecule of Type I collagen has two alpha1 chains and one alpha2 chain. Each molecule of Type III collagen has three alpha1 chains. Since it is composed of three alpha chains, the collagen molecule is called a tripeptide. The alpha chains are composed of combinations of amino acids, which are the basic building blocks of proteins. The most abundant amino acids in collagen are glycine, proline, and lysine.

The Making Of Collagen

Normal tendons and ligaments consist mostly of Type I collagen, with smaller amounts of Type III collagen.  When you develop tendinopathy, some of your collagen is injured and breaks down. Your body tries to heal the tendon, but it doesn't repair the collagen properly.

Usually you can't see the tendinosis/tendinopathy injury from the outside of the body; swelling, heat, and redness are symptoms of an acute injury, not a chronic tendon injury. The tissue often looks different to the naked eye during surgery though, with regions of tendinosis/tendinopathy looking dull, slightly brown, and soft instead of white, glistening, and firm. Researchers have analyzed samples of tendons and ligaments under the microscope to discover the abnormalities that occur on a cellular scale in overuse injuries.

Research has shown that chronic overuse injuries such as tendinosis (including Achilles, rotator cuff, lateral and medial elbow, posterior tibial, digital flexor, and patellar), as well as carpal tunnel syndrome and even TMJ disorders are associated with a failed healing response in which the body's fibroblasts produce abnormal tendon and ligament collagen. [1,4,5,6,7,8,9,13,14,18,40,42] The composition and structure of the collagen is abnormal compared to uninjured tendon and ligament tissue. The following differences have been observed:

Structure And Composition Changes In Tendinopathy

These changes have all been observed in tendon samples taken from sites of tendinopathy.  Researchers have also taken tenocytes (the tendon cells that make new collagen) from sites of tendinopathy and cultured them.  The tenocytes cultured from tendinopathy continue to produce abnormal collagen outside of the body; the tenocytes produced collagen with abnormally high Type III to Type I ratios (as compared to collagen produced by tenocytes cultured from normal tendon). [9]  This observation is significant because it shows that the tenocytes have been altered and continue to produce abnormal collagen even when the repetitive motion is no longer present.

Tendons and ligaments are similar structures; tendons connect muscle to bone, and ligaments connect bone to bone.  Ligaments, as well as tendons, can get chronic overuse injuries of failed healing.  Ligaments with overuse injuries show the same kinds of abnormal appearance under the microscope as tendons with tendinosis. One study showed that cells from the flexor retinaculum ligament of carpal tunnel syndrome patients made collagen with an abnormally high Type III/Type I ratio just as has been observed with cells from tendons of patients with tendinosis. [1] The carpal tunnel study also found that the injured ligament cells made collagen with a higher than normal ratio of alpha2(I) to alpha1(I). 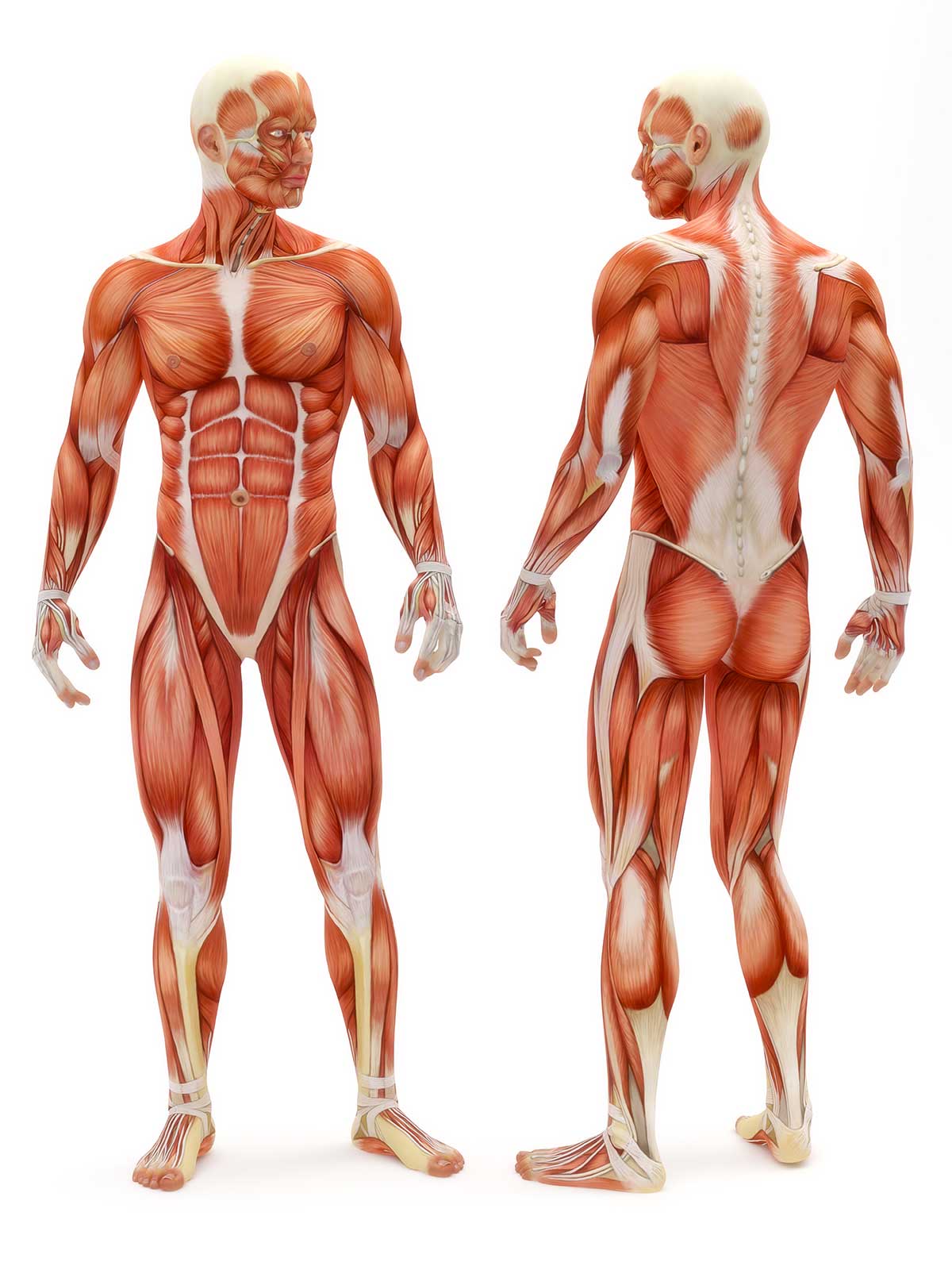 This image depicts the musculoskeletal system with the connective tissue, including tendons and ligaments, in the white-ish color.

Initially, chronic tendon injuries were called tendinitis and attributed to inflammation from overuse. Later, lack of inflammation seen on the cellular scale led to a change in terminology, calling chronic tendon injuries tendinosis and reserving the term tendinitis for acute injuries accompanied by inflammation. More recently, the terminology changed again to tendinopathy to distance the name from the pathology since the mechanisms are not fully understood.

Recent studies have documented Inflammatory signs at the cellular level in tendinopathy. A blog post Tendons, Let’s Talk About Inflammation… on The Sports Physio blog summarizes the current thinking and links to some recent articles discussing the possible role of low level inflammation in tendinopathy. A 2017 article in the British Journal of Sports Medicine discusses "a complex inflammation signature" seen in chronic Achilles tendinopathy, and a 2013 article in the British Journal of Sports Medicine urges the medical community to acknowledge the existence of inflammatory cells in tendinopathy. Doctors are not saying that use of NSAIDS or cortisone is a cure or that their long-term use is a good idea, but researchers don’t want to overlook any clues to the pathology of the injury, which is still not completely understood.